Why Science Education is Failing

Science education can effectively be described as an endeavor to correct preconceived misconceptions that students have about scientific ideas and replace them with scientifically accurate explanations while encouraging scientific thinking. Every student is informed by past experiences that relate to various scientific topics, but many of those experiences are intuitively interpreted in a manner that doesn't agree with a current scientific understanding of the subject. It's the educator's job to facilitate a transition between these intuitive models of the world to a scientific one. Frustratingly, however, it seems like the more informal past experience learners have in a particular area of study, the harder the misconceptions are to correct. This is evidenced in the fact that some of the most prevalent misconceptions that science learners have throughout their education relate to such things as seasons, vision and the properties of light, and photosynthesis (things we come into contact with on a regular basis). Most importantly, there is a considerable amount of evidence to suggest that these misconceptions are, for the most part, going uncorrected throughout elementary, secondary, and higher education. Clearly, something is fundamentally wrong with how we are teaching science in this country.

Are we closer to the Sun in summer or winter? If you step back from a mirror, do you see more of yourself? (I couldn't believe the answer to this one until I tested it.) From where does a seed, weighing a few grams, gain the mass that it acquires to become a tree that weighs tons? These questions are answered incorrectly by a surprising number of Harvard graduates, not to mention the middle schoolers that are, according to curriculum content standards, supposed to know the answers (see resources linked below). This demonstrates a profound problem with science education in this country, and that is that teachers often fail to take the students' preconceived notions into account before they teach them. Traditional science education is taught like most other subjects are traditionally taught -- students are treated like empty vessels that teachers act as pitchers that fill the students with knowledge. But, students are not empty vessels. They have past experiences, and they have put together their own explanations of those past experiences. Obviously, those explanations are not necessarily based upon rational thought and scientific inquiry, but instead are more likely to be based upon intuition. Teaching learners as if they are blank slates is problematic because it is like trying to construct a building upon a bad foundation. The traditional approach fails in two key areas, first by not taking into account the students' prior knowledge and second by not taking into account how students learn. When you realize that science been taught like this in America for decades upon decades, it's rather unsurprising that scientific illiteracy is rampant in the US.

The problem is so ingrained in science education in America today that it seems that nothing short of radical reform will do the trick. Future science teachers need to essentially teach in the opposite manner that traditional teachers teach. We've all experienced a traditional science classroom. You're lectured at for several class periods, and then you (ideally) perform a lab that seeks to confirm what you've already "learned" during lecture. Not only does this obviously not work, but it is actually counter-productive, robbing students of actually learning through hands-on experience. If a student is told what result they ought to get in an experiment, laboratory exercises become little more than following a recipe. When someone follows a recipe, the only thing they learn how to do is get the correct end result. Little to no higher order thinking or problem solving is going on in the heads of learners. The traditional "confirmatory" approach does little but encourage students to practice their rote memorization skills and follow directions properly, which is not even close to learning actual science.

Instead, the curriculum should be structured in a manner that encourages students to actually involve themselves in active inquiry about the content. Lessons should be taught in a way that enables the instructor to diagnose misconceptions in order to address them in a direct manner later on. Students should always have access to hands-on activities that not only give them meaningful experiential input but guide them in a way that keeps their minds on the task of learning the concepts ("hands-on/minds-on" as opposed to just "hands-on"). And, most importantly, teachers should, as much as possible without causing undue frustration, confusion, or time-management problems, step back into a facilitating role and let the students learn themselves instead of feeding them the answers. This constructivist approach to science education is radically different than the traditional approach to teaching, but it seems to me to be absolutely necessary given the problems we have seen arise within the education system. I'm skeptical that any real solutions can come from the top-down (every attempt made in the past has largely been a failure and have tended to make things worse), but this is the sort of thing that can easily come from the bottom-up, from teachers and professors of education.

Email ThisBlogThis!Share to TwitterShare to FacebookShare to Pinterest
Labels: Education 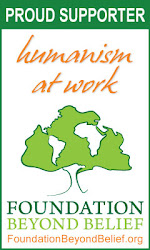